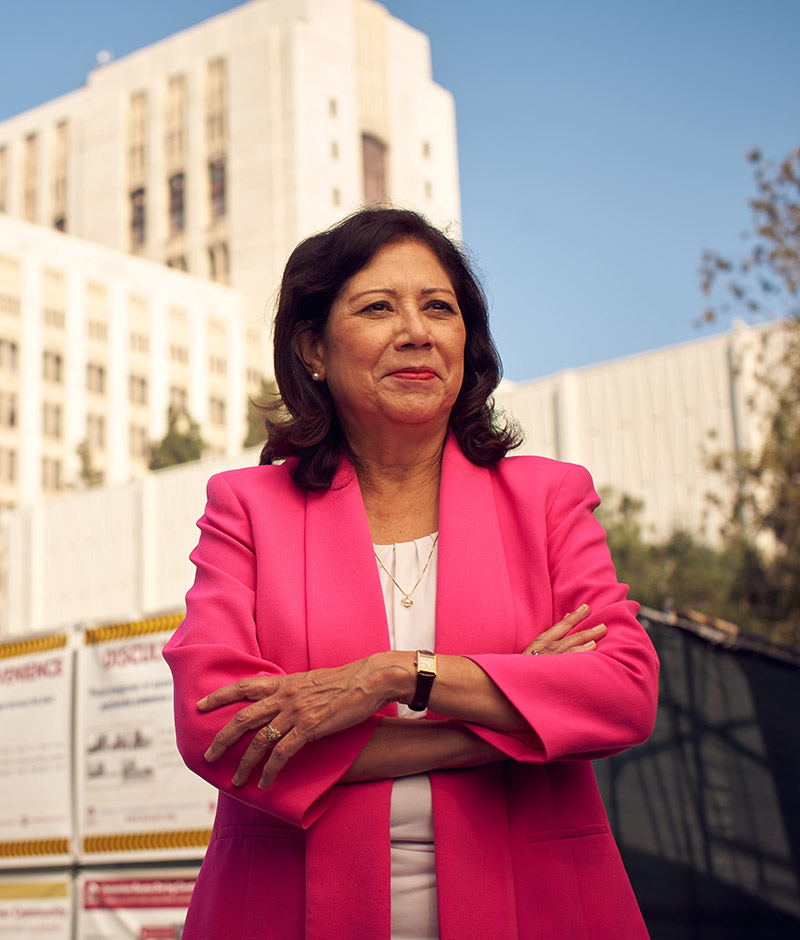 Hilda Solis, the daughter of immigrants, was raised in a San Gabriel Valley working-class family, and has a distinguished career built on fighting for the health and safety of her neighbors – and all the people of the United States. After helping pass the Affordable Care Act as President Obama’s Secretary of Labor, Hilda led efforts to implement it and expand access to affordable healthcare in L.A. County as Supervisor.

To tackle the homelessness crisis, Solis helped pass Measure H, a groundbreaking effort bringing in hundreds of millions of dollars to house tens of thousands of people experiencing homelessness. This funding allowed L.A. County to build thousands of affordable housing units all over the First District. And when COVID-19 struck, Solis helped launch Project Room Key to utilize empty hotels to provide shelter and keep workers on the job.

Solis led a team to develop and fully fund a $20 million workforce and job training program so our young people, in particular, get the opportunities they need to succeed. She is helping transform the way Los Angeles County administers justice, while reimagining public safety to prioritize Care First, Jail Last.

When the Trump administration relentlessly attacked our marginalized communities, Solis staunchly defended them. She authored more than 30 motions defending immigrant rights during Trump’s term alone. Trump’s attacks are one reason why Solis worked hard to help her friend and colleague President Joe Biden win in 2020.

A nationally recognized leader on the environment, Solis became the first woman to receive the John F. Kennedy Profile in Courage Award in 2000 for her pioneering work on environmental justice issues. Solis authored the groundbreaking Measure A to invest in communities without green space, expand open and recreational park space in their neighborhoods, and protect water quality. She led a coalition advocating for communities facing environmental injustices near the Exide recycling plant and helped to clean up poisonous lead in thousands of homes.

Hilda Solis is a proud, proven, effective progressive with unmatched experience in Congress, in the Cabinet, and now on the Board of Supervisors. We need to help re-elect her, because Hilda Solis is a strong voice for equality and justice for all.